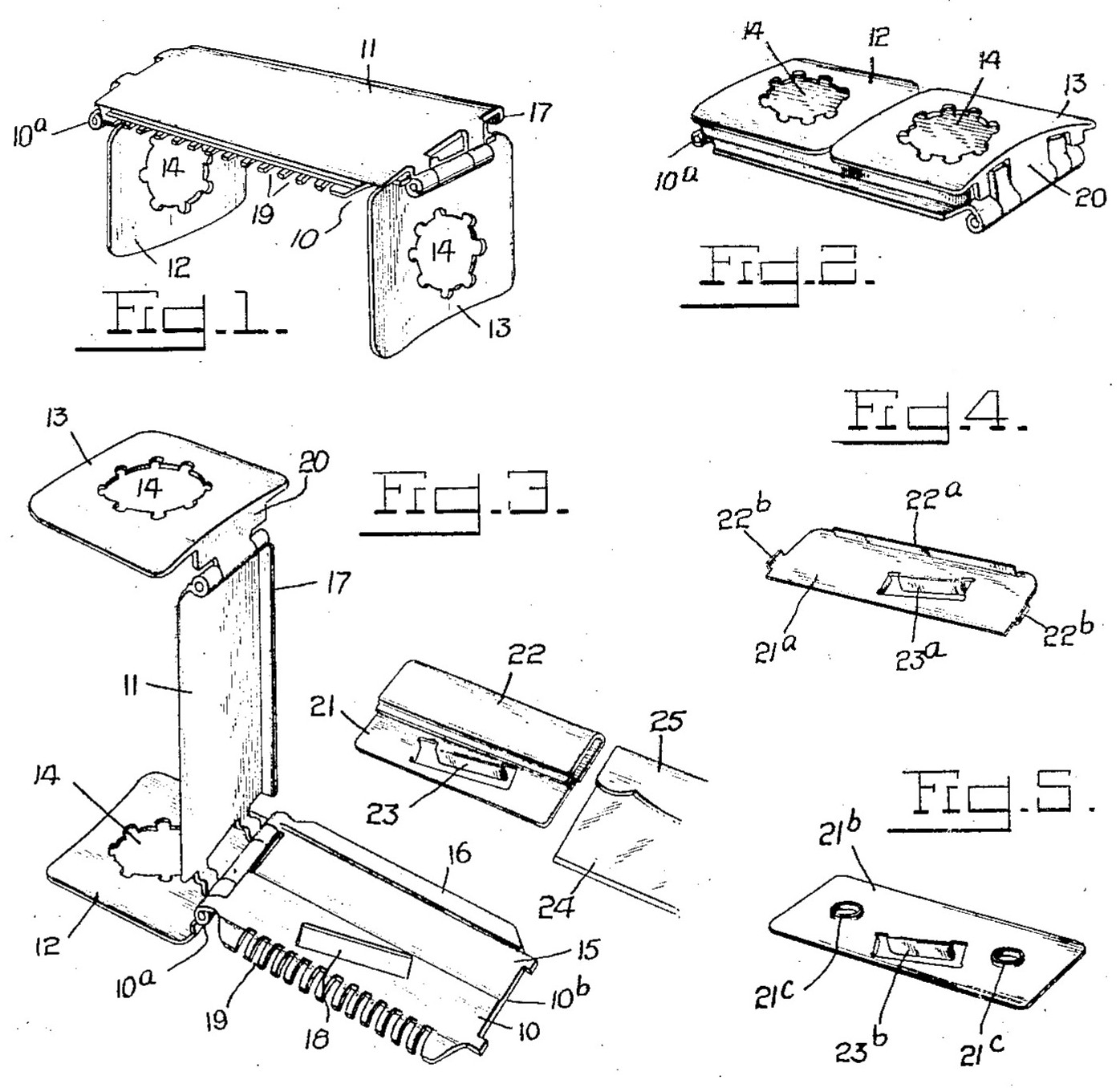 An adjustable single edge version of the Bigelow-Parkin razor provided with adapters for different single and double edge blades. Never produced as far as I know, but this patent is well worth the read. I want one.