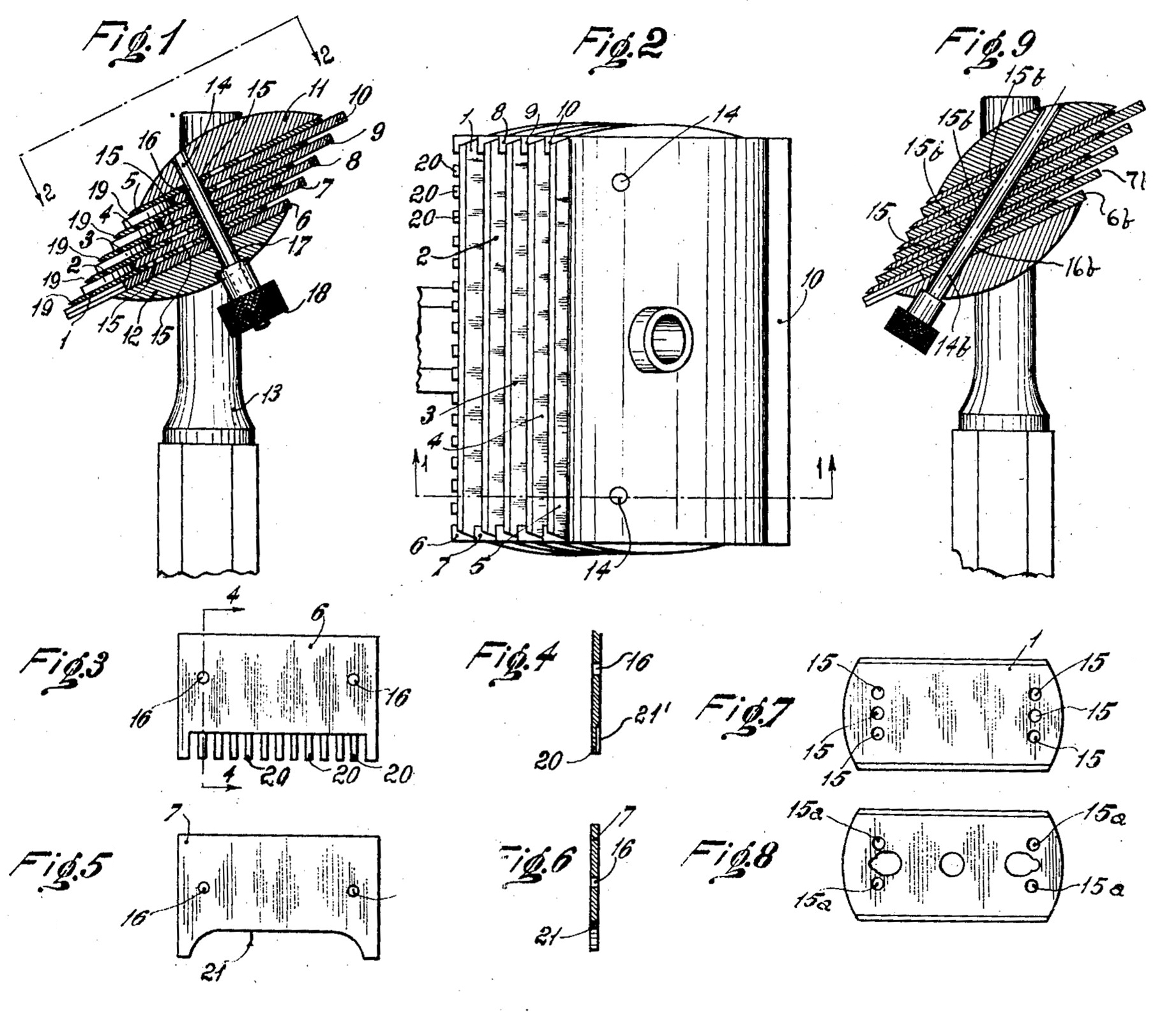 Multi-blade razors are not a recent invention.
‘Multiplex’ or ‘Mvltiplex’? It's of course called ‘Multiplex’, but written in a font where the ‘U’ looks like a ‘V’ (inspired by ancient Rome).