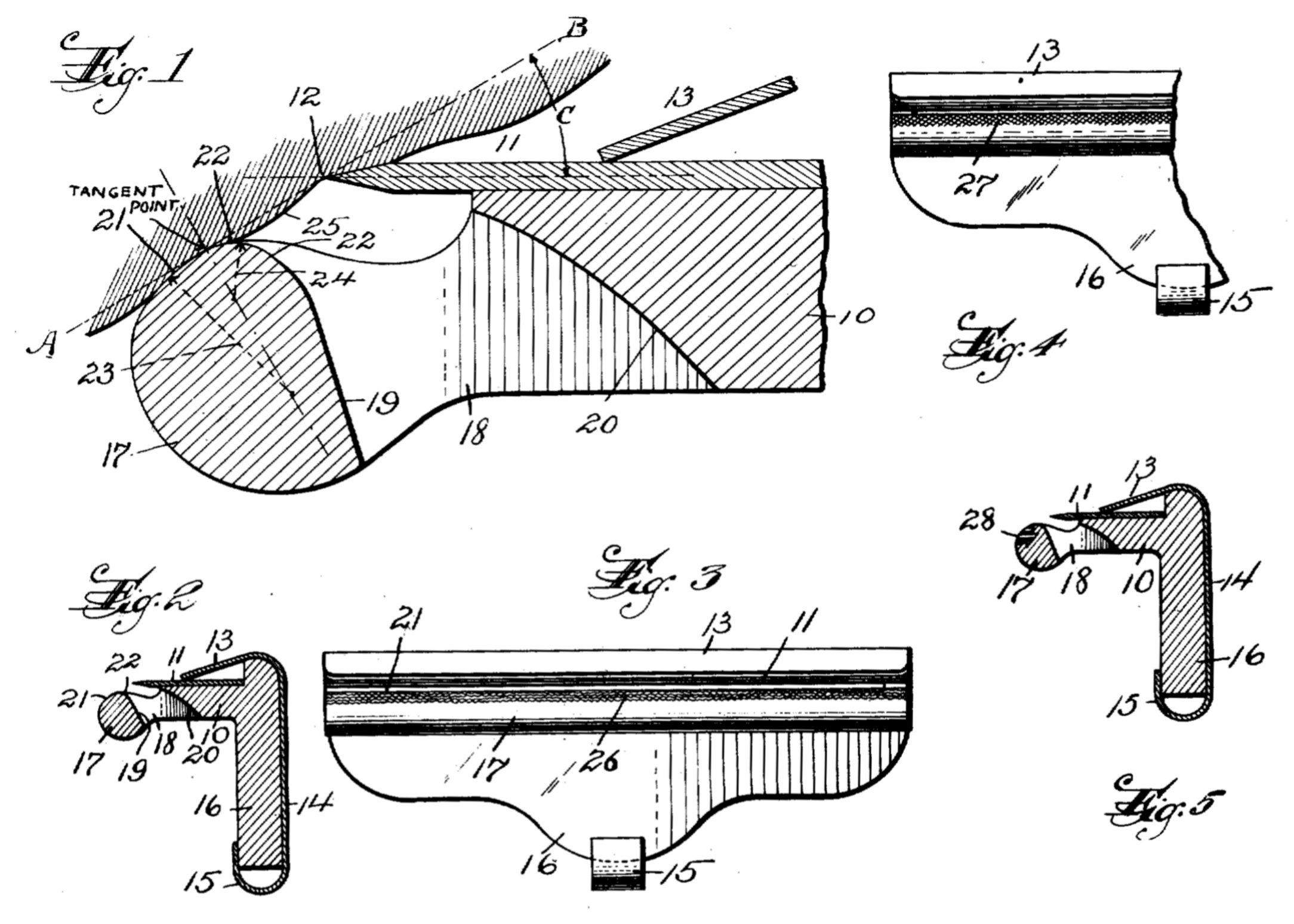 A patent for a new type of razor guard. I'm not aware of a razor that was made with this type of guard.