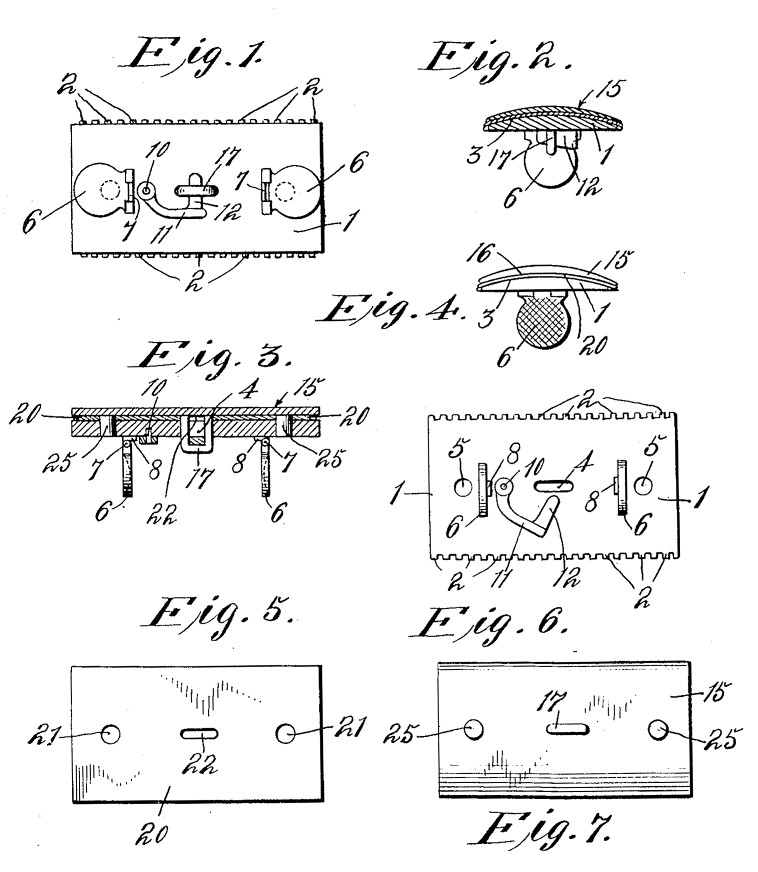 A very interesting patent assigned to Gillette. This razor would have been even smaller than the Bigelow-Parkin.